This release brings a configurable “major grid”, rearranging of tiles, portable configuration and improved project security. It also fixes a crash that became visible with the crash reporting feature added in Tiled 1.6.

A new “major grid” option defaults to showing a stronger grid line every 10 tiles, but can be configured as desired. In addition, the color used to “fade out” background layers when the “highlight current layer” mode is enabled can now be customized. 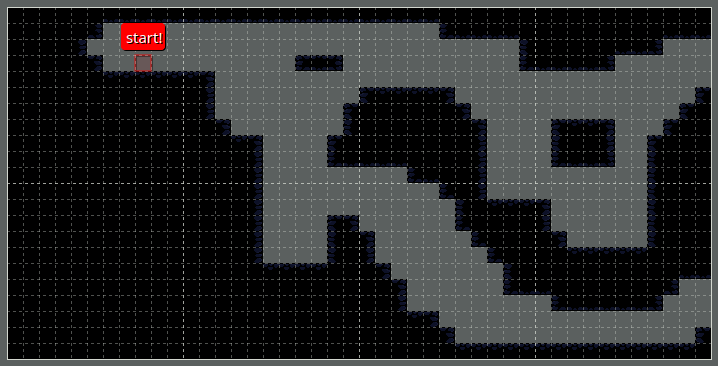 It is now possible to change the order of the tiles in a tileset, for both “image collection” tilesets as well as tilesets based on a tileset image.

Rearranging the tiles does not affect their IDs and the tileset image is not modified, it only changes the display order in the tileset view. It does affect the order in which the tiles are saved in the TSX and JSON formats, so make sure your loader doesn’t depend on those tiles being sorted by their ID!

You can now place a tiled.ini file alongside the Tiled executable to activate a portable configuration mode. When Tiled detects this file, it will store its preferences there, place user data in a “data” folder alongside and load scripted extensions from an “extensions” folder in the same directory. This should allow Tiled to be carried around on a USB stick along with its configuration.

Scripted extensions shipping with projects are no longer enabled by default, except for projects you’re saving yourself. The scripting API includes the ability to read/write arbitrary files, connect to the internet and run arbitrary processes, so care should be taken before installing any extensions to make sure they can be trusted.

When opening a project that includes scripted extensions, you will now be prompted to enable those extensions:

The scripting API documentation is now generated by TypeDoc based on TypeScript type definitions. The type definitions are also available as the @mapeditor/tiled-api NPM package, providing code-completion while writing Tiled JavaScript extensions.

Your donation primarily enables me to work 3 full days/week on Tiled. With additional funds I can spend more days on Tiled. Let’s make this tool even better!