Since the addition of Wang tiles in Tiled 1.1 there were two very similar tools, each with their own set of features and limitations. Now, these tools have been unified into one powerful tool for automatic corner and edge-based tile placement. The new “Terrain Brush” even supports the blob tileset, a much requested feature that was previously not supported by either tool.

Painting with an edge-based tileset 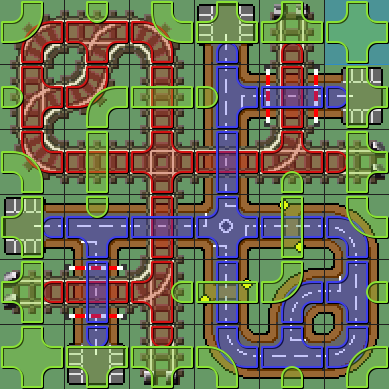 Painting with a blob tileset 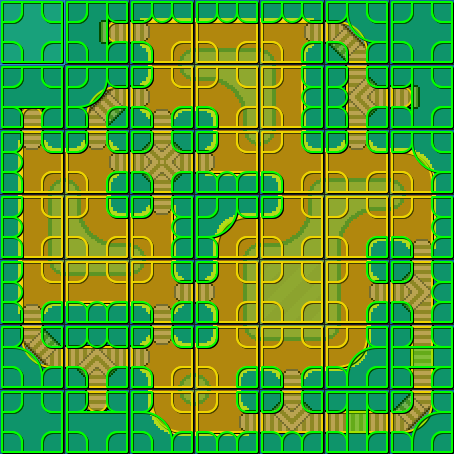 The unified tool also supports flipping or rotating tiles, either to create versions that otherwise don’t exist in a tileset or for more variation.

Compatibility Note: The storage format has changed such that older Tiled versions will not be able to read terrain information saved by Tiled 1.5.

While custom parallax scrolling factors could previously be set using custom properties, this way it is not possible to see a level like it would appear in the game while editing, which can be important for prop placement. Now Tiled features a built-in property for controlling the parallax scrolling factor per layer, along with an optional live preview.

The level shown above is from the game Super Catboy, still in development.

Tiled can now export maps to GameMaker Studio 2.3, which uses an entirely different file format than the still supported GameMaker: Studio 1.4. The export even covers tiles placed on isometric and hexagonal grids, which are normally not supported by GameMaker. It does this by exporting the tile layer to an Asset layer. Another tool you can now export maps to is RPTools MapTool, though for now only tile layers using image collection tilesets are supported. It does support tile flipping and rotation, which is needed when using “ProBono’s 6x6 Mega Tile Pack V2 - Grid50” included with MapTool. A terrain set definition for this tileset is available at cpetig/tilesets. 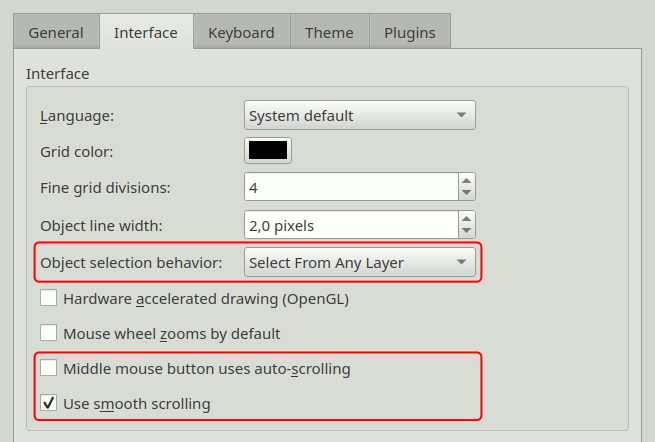 The panning behavior can now be customized. For the middle mouse button there’s an option to use auto-scrolling (used in the video demonstrating parallax above). When using the arrow keys, the view will now scroll smoothly by default, instead of in steps based on key repetition.

A few major additions have been made to the scripting API, which can now load, save and modify images and launch external processes. Scripted actions can now also be added to most context menus and they get a default icon to make them stand out from the built-in actions.

Many small improvements could not be mentioned above. Here’s the full summary of the changes.

This new release was made possible by over 300 patrons and sponsors supporting me on a monthly basis as well as many people choosing to pay for Tiled on itch.io and some who donated through Liberapay. To ensure I will be able to keep developing Tiled at this pace, please set up a small monthly donation!

Your donation primarily enables me to work 2 full days/week on Tiled. With additional funds I can spend more days on Tiled. Let’s make this tool even better!