Please welcome the first community supported Tiled release! The main new feature in this release is the improved support for object resizing, including support for resizing polygons and tile objects. The time I needed to finalize the integration of this pull request and doing subsequent polishing was sponsored directly by my patrons. I want to thank them all for their invaluable contributions! If you're using Tiled and want to help me spend more time on improving it, please consider becoming a patron. Even a small amount is very appreciated! 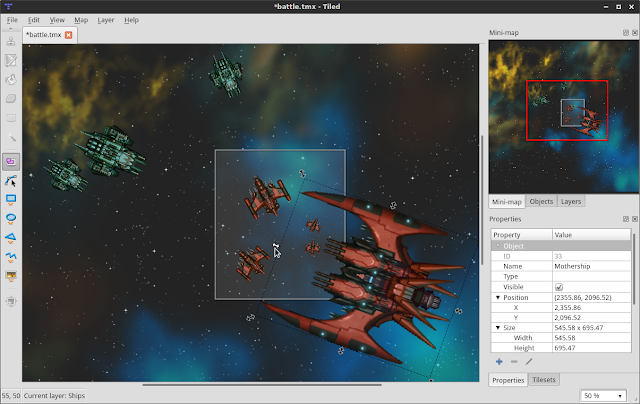 There have been some smaller additions and bunch of fixes as well. Here's the full changelog:

Finally, many thanks to all who've submitted pull requests and to all translators who took the time to update their translations!

Now go and get it at the Download page!